inter_ holds many meanings, which is precisely why it was chosen to be the name of the VCD Capstone show. This prefix speaks to the connections that bind us all, as well as the unparalleled times we are living in. It calls to mind not only the interdisciplinary, interconnectivity, and intersectionality that a project like the VCD Capstone entails, but also the interference and interruptions that come with the world we live in today. 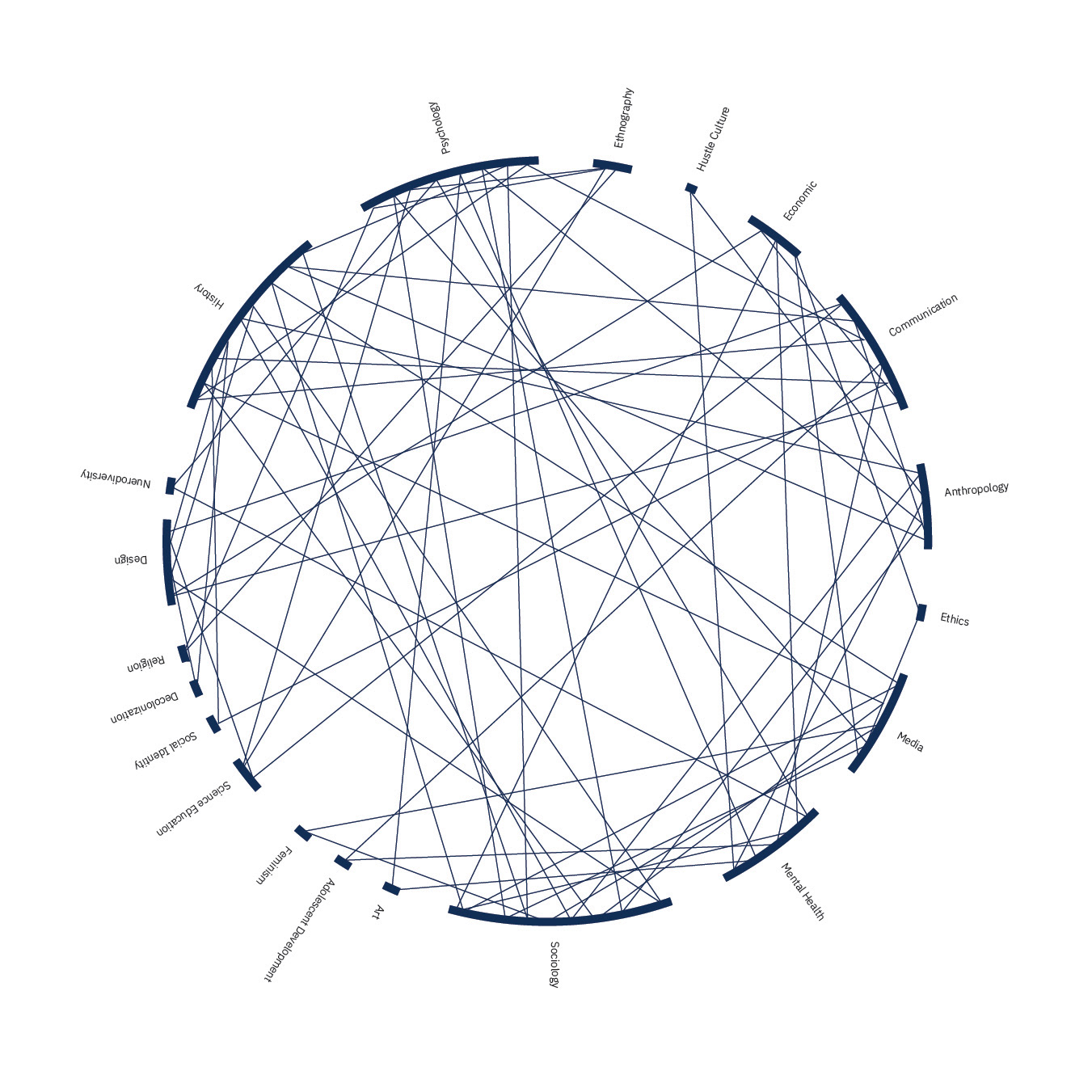 The mark needed to represent each VCD Capstone student, while still connecting conceptually to the name inter_. Originally the ideas of space and constellations were discussed, which led the group to talk about the appearance of flight paths. The design team took inspiration from Aaron Koblin’s flight path art, which came to influence the final color palette. While the team took visual inspiration from flight patterns, the mark still needed a more direct tie to the students. The solution to this problem came when the team looked at the research lenses that each student used for their projects. Each line represents a connection between three different lenses, and in turn, a student that used those lenses in their project. This led to the final mark which connects to the concept of interconnectivity and interference. 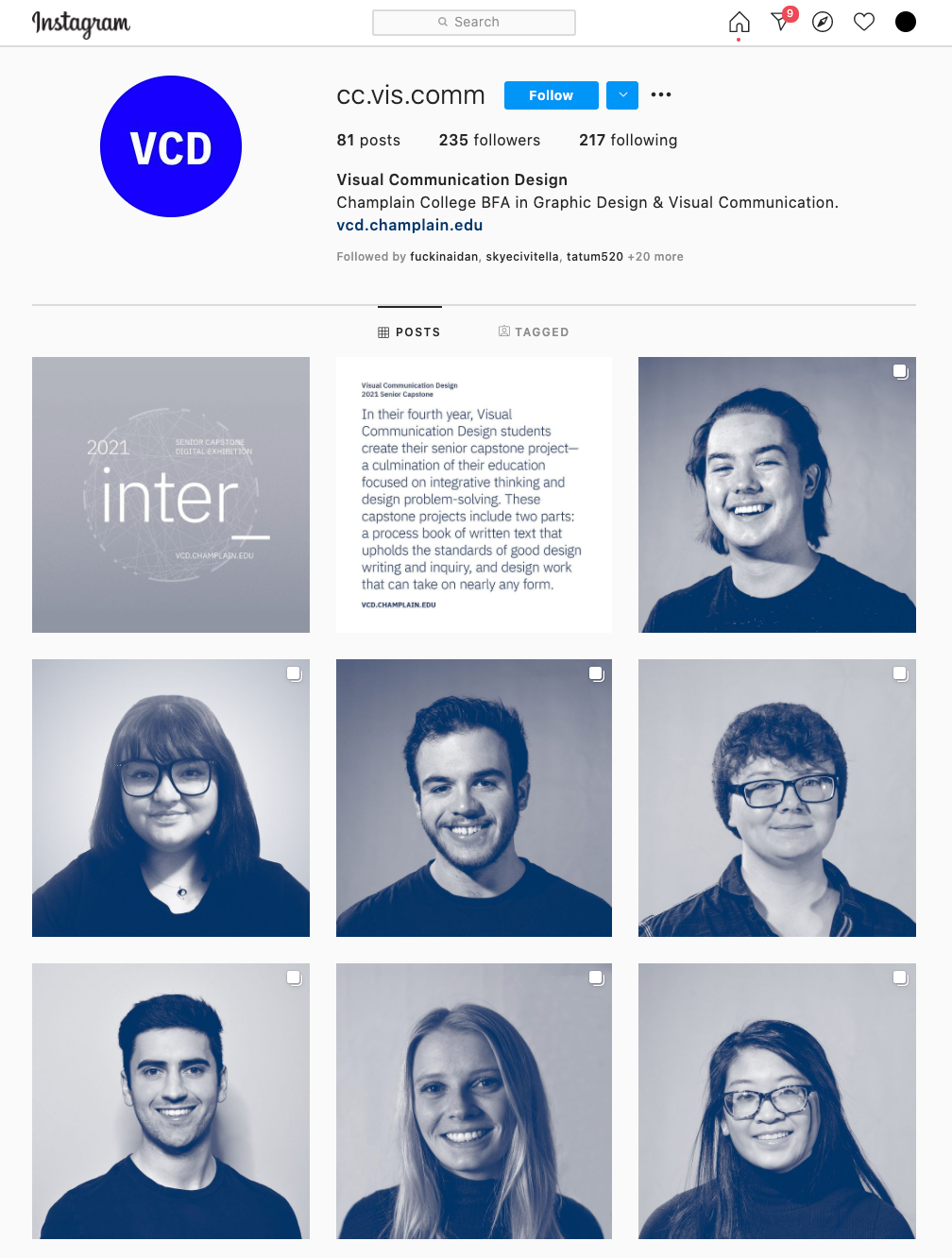 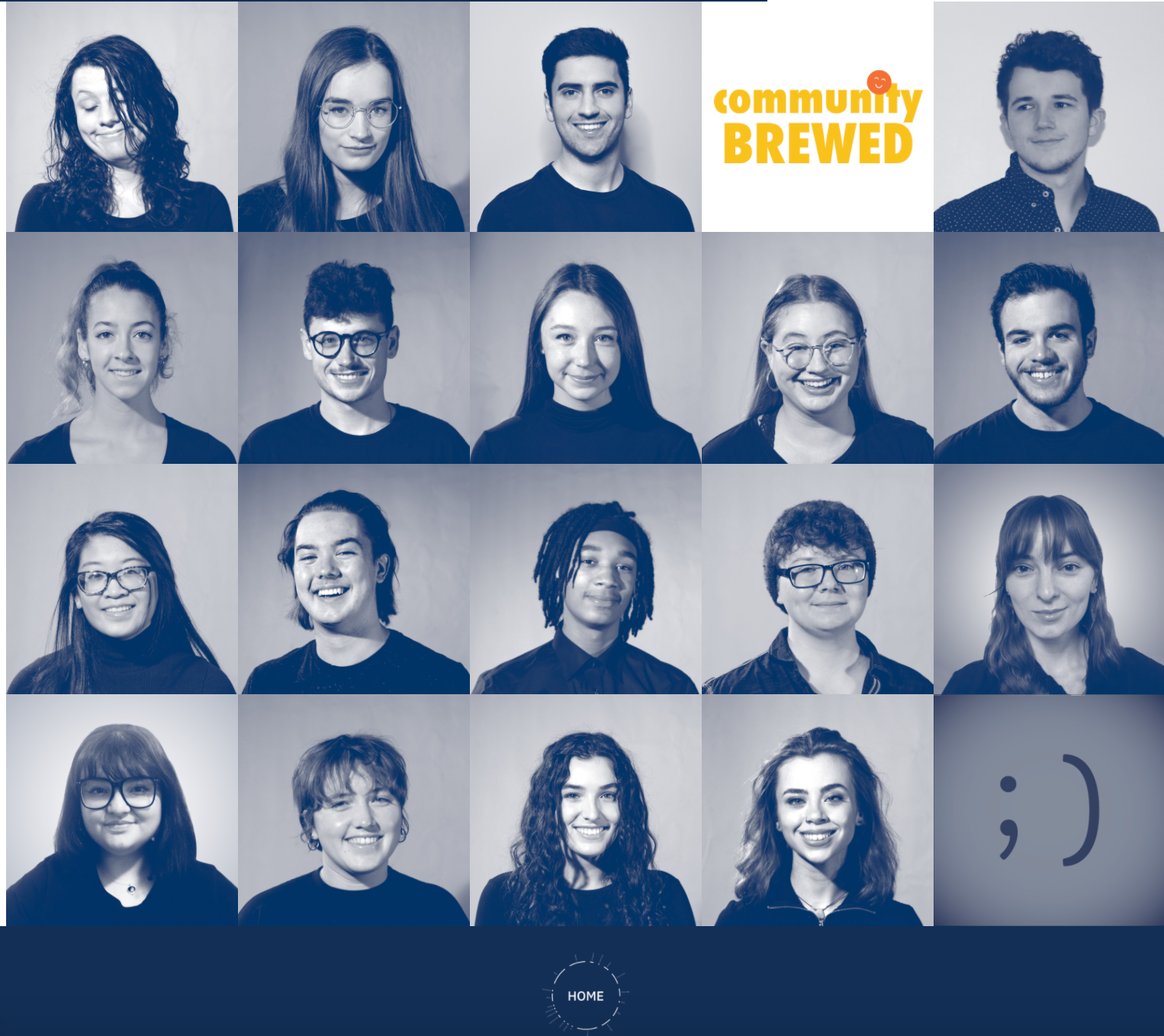 To view the full website visit vcd.champlain.edu
↑Back to Top